‘A cold but beautiful voice,’ thus wrote Willem Pelemans of Ferdinand Koch in Het Laatste Nieuws, published on 22 September 1957. Remarkably little is known about this singer who nonetheless had quite a considerable career. The first obvious traces of his whereabouts are the 1955 recording of Beethoven’s ‘Ninth Symphony’ with the Gürzenich-Orchester Kölner Philharmoniker conducted by Günther Wand, with soprano Teresa Stich-Randall, alto Lore Fischer, and bariton Rudolf Watzke (CD Testament SBT 1287). In 1957, the year of his IVC participation he appears in Liszt’s ‘Faust Symphonie’, conducted by Jasha Horenstein and release don a Vox LP (later rereleased on cd VOC Legends CDX2-5504). Peter S. Murano’s review for classical.net singled our Koch’s briljant perfromance, along with splendid surroundings:

‘While some may cringe at the apparent program music nature of Liszt's Symphony, there are many outstanding passages which will not fail to move the listener. Horenstein and his musicians never fail to make the most of them, be they of the explosive orchestral or contemplative chamber music variety. By the time the work has concluded, I felt gratitude for having had the opportunity to experience this music. The final appearance of the tender Gretchen melody, as it is given over from the woodwinds to the vocalists in an utterly lovely hymnodical style which becomes more and more elaborate as the orchestra joins, is a magical moment not soon forgotten. Tenor Ferdinand Koch and the Orchestra's Male Chorus are thoroughly convincing here’

Given our brief excerpt of Koch’s singing in the choral section of the third movement, it would be near impossible not to agree with this review: 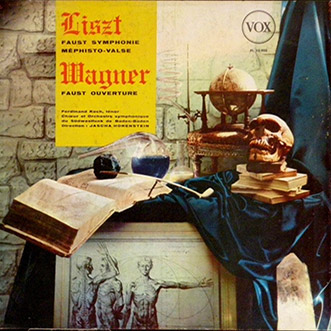 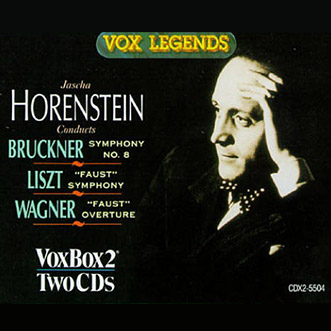