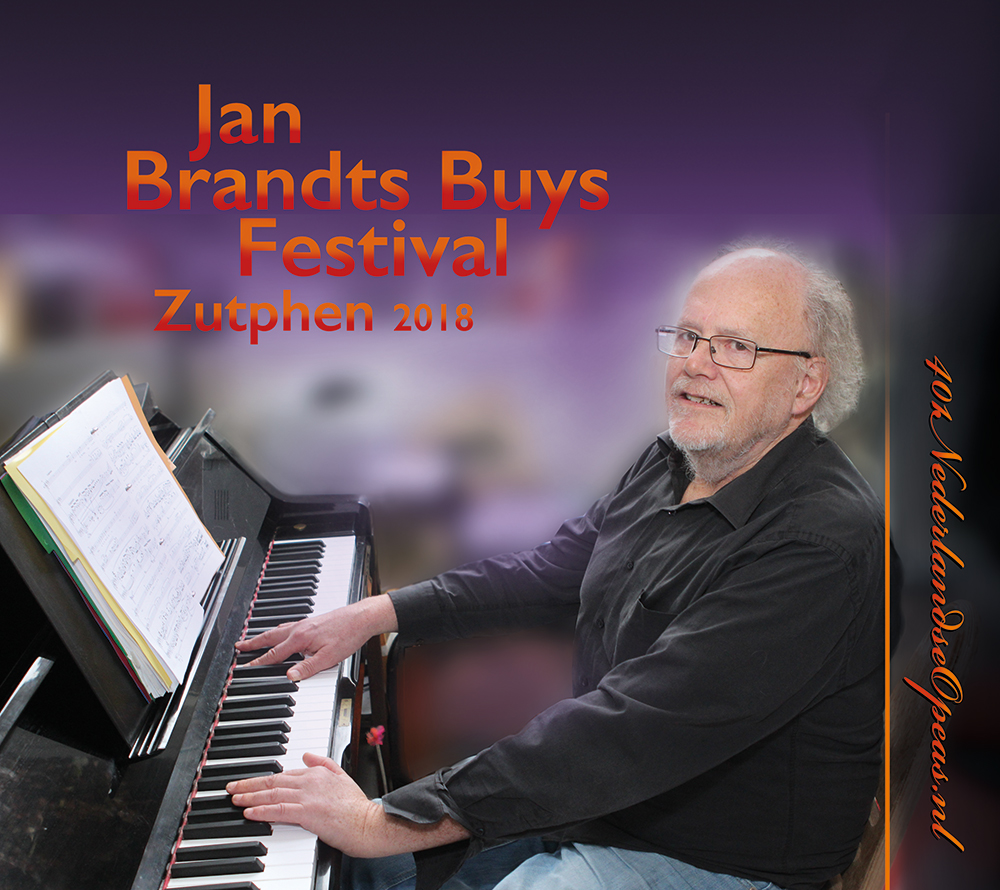 Our 401DutchOperas house pianist, the brilliant Wolter Willemsen, has died completely unexpectedly in his house on June 18. On behalf of our team, in particular also our vocal ensemble consisting of Barbara Schilstra, Hendrik Vonk, Lilian van de Zande and since recently also Hans de Vries, we wish his friends and family strength. Wolter was exceptionally gifted, he could take you to realms of sound in Dutch music that you had never believed possible. We had planned a studio recording of all the music we had been working on for the past two years: operas by Von Brucken Fock, Jan van Gilse, Jan Brandts Buys and some others. That we have to cancel this recording is a true blow to those wodnerful Dutch composers. Dear Wolter, wherever you are on the journey to the big unknown, we do not wish you a quiet journey at all, we wish you a lot of music and a Bösendörfer!.

Wolter first appeared within the 401DutchOperas project in 401Concerts 4 "Dutch operas from the treasutry of the Nederlands Muziek instituut" in OBA The Hague, December 2016. Wolters refined touché, his amaing sense for tempi and his tremendous experience in accompanying singers made a deep impression on the audience and the team. We started working on more adventurous Dutch repertoire. In July 2017 this resulted in 401Concerts 5, a try-out concert in Schevenings's Old Church. The concert was a runner up for a planned series of 50 aria and duet recordings from the Dutch heroic opera repertoire with heldentenor Hendrik Vonk and soprano Barbara Schilstra. Including of course preludes, interludes and other solo passages in piano reduction.

In the one-and-a-half year that followed, Wolter and our Utrecht-Amsterdam based team studied and rehearsed, perfromed and recorded an array of challenging Dutch scores. Among the titles were Von Brucken Fock's Jozal, a large selection from Jan van Gilse's Helga von Stavern, arias and duets from operas by Charles van der Does, MC Van de Rovaart, Carel Oberstadt et cetera. We tested this spectacular repertoire in a number of try-out concerts. Finally, we were ready to record the most challenging peices (Von Brucken Fock's Jozal, Van Gilse's Helga von Stavern, Brandts Buys's Der Erober and Hero und Leander) and planned a recording session on July 8 2018, with Wolter, Hendrik, Barbara, Hans de Vries and Anna Hiemstra on violin, in the studio of Cantina Vocaal. These recordings would have been Wolter's artistic legacy, along with his key role in the Jan Brandts Buys Festival 21-23 September 2018. Regrettably, his untimely death coincided with all these plans. We will see how we can release a tribute cd with highlights from the repertoire that we did ecord with Wolter in the past two years.

Wolter Willemsen studied piano with Hans de Graaf and graduated with Thom Bollen in 1987. With Thom he specialized in ensemble play and accompanying singers. Apart from teaching he has been active as an accompanist of several isntrumentalists andd, msotly, vocalists. Special was his long time collaboration with Hendrik Vonk, Mirjam Beumer and Cileke Angenent; with the latter he released the CD "Silent Moment", which included unknown Dutch and Czech songs. he also played with thet OriOn-trio (mezzo-soprano, cello en piano), which concentrated on 20th Centruy repertoire. As repetitor ihe was involved in numerous opera productions. In addition he was conductor-pianist with several choirs.