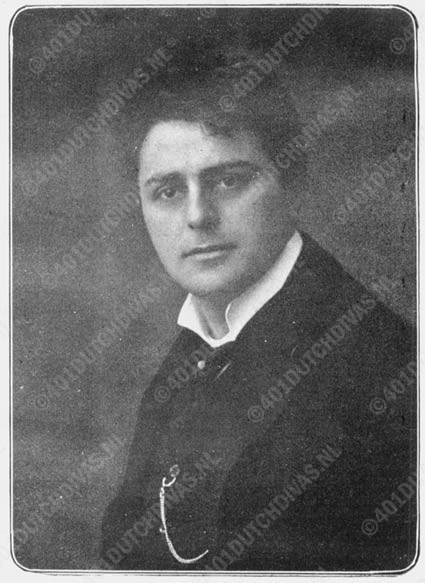 Thomas (Thom), Johannes Denijs was born on 3 January 1877 in Schagen, North-Holland. At he conservatory of Amsterdam he received from 1896-1899 his musical education of Daniël de Lange, Zweers and De Pauw. Cornelie van Zanten was his teacher for singing lessons. After the final examination he got the opportunity by the Queen Wilhelmina to study a year in Berlin. In 1990 Thom Denijs joined the Amsterdamsch Lyrisch Toneel (an opera company) as first baritone. He made his debut in 1901 in 'De vice-admiral' by Karl Millöcker. In Paris he took also some lessons with the Italian pedagogue Algiers and after a short opera career, in which he sang roles as Papageno (Die Zauberflöte, Mozart), Lothario (Mignon, Thomas) and in 1903 in the première of 'Het eerekruis' by Cornelis Dopper, he choose for oratorio and lied and he leaved the Lyrisch Toneel in 1903 to became singing teacher at the Muziekschool van Toonkunst (School for the Art of Music) in Rotterdam. He did this job during 7 year. But his career was so successful, that because the many concerts he gave, his wife Emmy Denijs-Kruyt must take over the lessons. She did this for over 5 year at the music school. 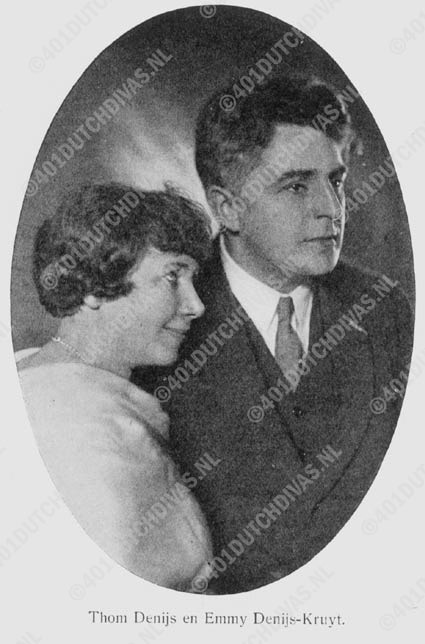 Thom Denijs specialized himself as oratorio and lieder singer and gave many lieder evenings together with his wife Emmy Denijs-Kruyt and he was for many years soloist in performances conducted by Willem Mengelberg (a.o. in the yearly St Matthew Passion) together with soloists as Aaltje Noordewier-Reddingius, Pauline De Haan-Manifarges and Jacques Urlus. He also joined Mengelberg in 1926 in a tour through the U.S. He sang in most of the big cities as of Holland and appeared also abroad, a.o. in Vienna, Paris, Brussels, Antwerp, Zurich, Bern and in many German cities. In 1911 he established together with his wife, in Berlin to continue his singing career. He staid to the outbreak of the Great War in 1914.

In 1925 he directed a 'Meisterkurs für Gesang' (master class) in Bern, for that purpose invited by the Berner Musikgesellschaft. Thom Denijs appeared several times at the court, he sang among other for Queen Wilhelmina, the queen mother and for the prince. He died on 14 November 1935 in his hometown The Hague.

Thom Denijs made a great number of recordings and was the first artist who sang Schumann's 'Dichterliebe' complete for the gramophone. He sang for the labels Berliner Records (1900), Zonophone and HMV. For the last label he made later also electrical recordings. With many of these recordings he was accompanied by his wife Emmy Denijs-Kruyt. 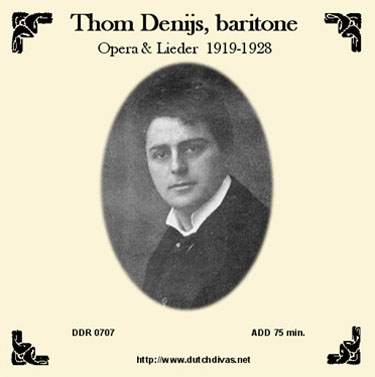