CARUSO (2013) – An Opera-novel from Patrick SPRIET 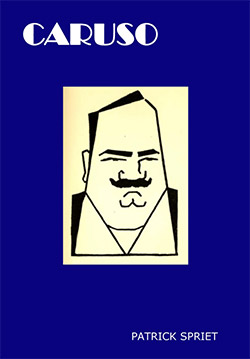 Summer 1910. The world famous operatic tenor Enrico Caruso and his singing friend Pasquale Amato are invited to give a unique performance at the Belgian Coast, Caruso in Blankenberge and Amato in Ostend. It seemed that both gentlemen will enjoy an estimated success, but all of their certainties were quickly undermined by some locals. Painters like Leon Spilliaert or Jef Vande Fackere are intrusive, a rather mysterious lady seduces Amato and an old flirt of Caruso appears unexpectedly on the spot. But which mystery links the tenor with that iconic little song of 'Torna a Surriento'? 'Caruso' is constantly balancing between fiction and reality and brings a sparkling and mundane Ostend and Blankenberge from the late Belle Epoque alive. 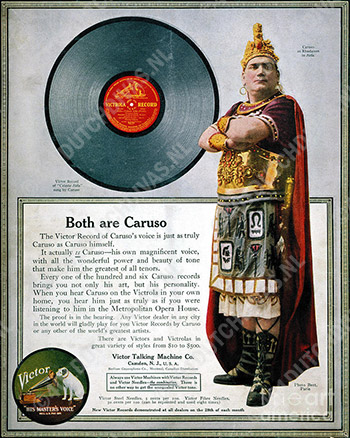 If Enrico Caruso (1873-1921) was really the greatest singer of the 20th century, in the end it is a dull and rather futile discussion. It is quite difficult to compare singers from different ages without becoming too subjective. But after all, Caruso was a recording pioneer of the early days and with his recordings from 1903 on, he had such an overpowering success that it had never been exceeded while at life. Together with his glamorous lifestyle and his little scandals, he can be considered as the first pop-star ever. His fame survived time and it is significant that his complete catalogue is still available on cd.

A lot of biographies have been written on that mythical subject, but also a few novels emerged from the shelves. His life and status were so seductive, that novelists couldn't resist to use him as a character in a fabricated story. All these stories show an identical point of interest: the real facts and locations from the tenors life, turned into an elegant mix of fiction and reality. Inevitable, Patrick Spriet has made the same choice. 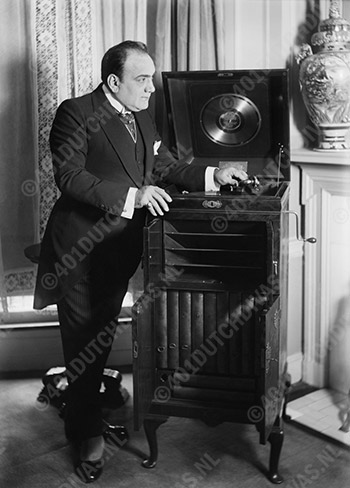 Ten years ago and by accident, Spriet touched the magic of Caruso during a stay in Sorrent, an idyllic town south of Naples. A plaque on the wall unveiled that the tenor spent his last days in a famous local Grand Hotel. The short message totally intrigued Spriet, so that he wanted to find out why Caruso in the end came to Sorrent. The event was the start of a real quest, even a passion, for all the elements of Caruso's life and career and years after, he realised that it was also inevitable that the quest would result in a book.

Writing that book, the author made himself a few limitations, in space as well in time. The story should connect at least two locations and two periods: the Belgian Coast and Sorrent and otherwise the Belle Epoque and the 1920's. In fact, Caruso was a regular guest at the Casino-Kursaal of Ostend between 1905 and 1910, a remarkable issue that was rather neglected by the biographers. Once, in 1910, he also sang in Blankenberge, the other spa at the Belgian Coast, also the main theme in Spriets novel. 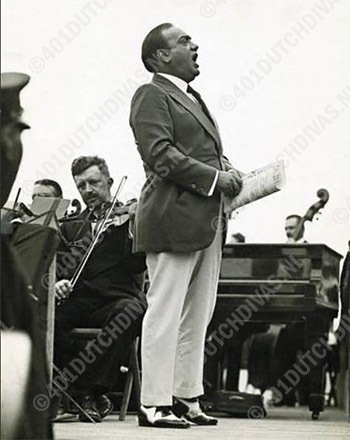 The two places were essential in the youth of the author and explained his interest. And of Sorrent: that resulted into the final theme, representing the end of Caruso and the beginning of Spriets quest.

There was another theme that he absolutely wanted to use: the history of Torna a Surriento, a song with great importance for the author and still an icon of the Sorrentine tourism. It was already a hit in Caruso's time and in his memoirs, the great Beniamino Gigli wrote that in 1910Torna was the lullaby that deeply affected the young female heart... Yes, 1910 precisely! Interesting was also that Caruso estimated a curious relationship with Torna. Everyone thinks that he recorded that song and scored a big success, but in reality, he never recorded Torna. This had been the subject of a myth, created by several Carusian scholars, while Spriet couldn't resist to reproduce the story in his novel. 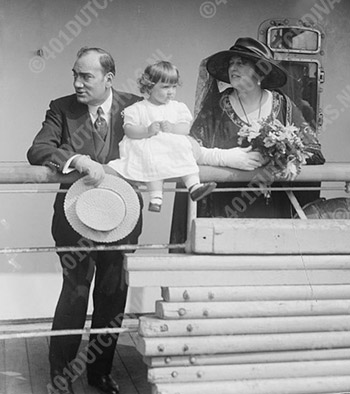 The Sorrentine period of Caruso was fairly well documented. That is not the case for Ostend and Blankenberge. Some facts, unveiled by the press cuttings of the time, were not sufficient enough to reconstruct the complete stay. What did Caruso for instance when he was not on stage? That, we don't know. For that reason, Spriet was forced to use his imagination and the novel was his only way out. 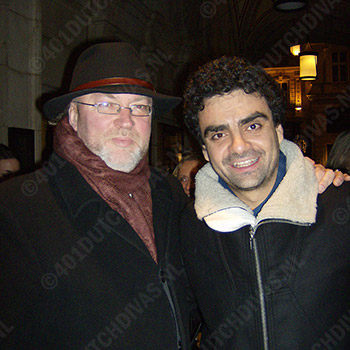 Maybe, the combination of fiction and reality demands an effort from the reader, it also meant a challenge for the author. In no way the fabricated story could be an obstruction for the biographical reality. In a word, the fiction was subordinated to real life.

Patrick Spriet (Bruges, Belgium 1954) wrote several years for the Dutch monthly musical magazine LUISTER about operatic history. Caruso is his debut as a novelist. His price-winning biography about the surrealistic painter Rachel Baes (Een tragische minnares) has been turned into a documentary for the Belgian television.