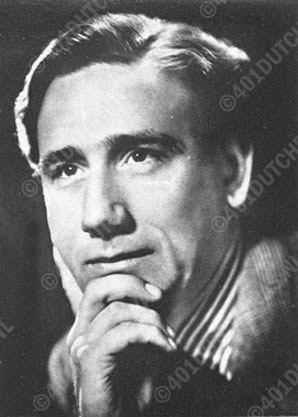 Frans Vroons started his career at the Wagner society in 1936, where he appeared in the premiere of " De Snoek" (1938, G. Landré). Until 1961 lots of lyrical roles, among them 'Pelléas et Melisande' and 'Peter Grimes'. In the Dutch Festival he sang a.o. " L'apostrophe" (Francaix), "Jenufa" , "La Vida Brêve" and the title role in the premiere of " Martin Korda D.P." (1960, Badings). Performances in London, Paris, U.S. Also 9 years leader of the Netherlands Opera, on which he also appeared as producer.

J.Strauss, Zigeunerbaron, Mein Aug' wacht, together with soprano Greet Koeman, a performance from 1940, under auspices of Johannes den Hertog