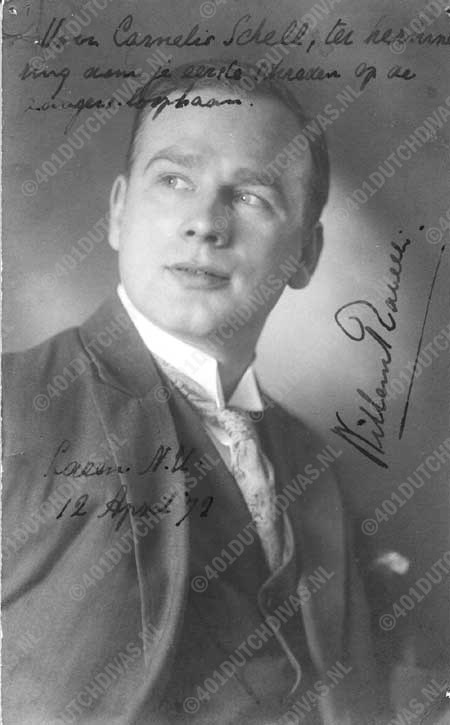 Willem Ravelli, who debuted in 1917 as opera singer (Nazarener in Salomé), became mainly known as oratorio singer. He appeared more as 400 times the part of Christ in the St Matthew Passion and lots of times the baritone part in the Ninth Symphony of Beethoven. He was part of the 'Hollands Vocaal Kwartet' - also known as the 'Jo Vincent Kwartet' - and appeared in various European stages. You will hear him as Christ in a small part of the Matthew Passion, together with Karl Erb (Evangelist).