‘Of the three Dutch sopranos at the 1968 International Vocal Competition Den Bosch, Kaja Borris was without doubt the best one. She turned her not very large voice to greater goods in terms of a fine interpretation of Wolf’s ‘Kennst du das Land.’ It was picture perfect up to the very last measure, and sung without forcing. She demonstrated great musical taste.’ (L. Sch. on Kaja Borris' IVC participation, unidentified newspaper clipping, September 8, 1968)

Although born in The Hague, The Netherlands have completely forgotten Kaja Borris as a singer of Dutch descent. Yet, L. Sch. was wholly right when he wrote down that the name of this intelligent singer, Kaja Borris – aka Katja de Boer –, was a name to remember. In looking back, decades later, the IVC 1968’s aspiring soprano turns out to be the same Kaja Borris that enjoyed a fabulous 30 years career at the Deutsche Oper Berlin, as a mezzo-soprano.

Borris won her IVC Prize from the Foundation ‘Dutch Musical Interests,’ and her prize of the Foundation ‘Friends of Song,’ apparently for her courageous recital of a song by Dutch composer Léon Orthel. Not less courageous was her breathtaking performance of the difficult ‘Gloria,’ from a Passion by the little known Dutch composer Leon C. Bouwman, which has been miraculously preserved in an odd radio broadcast of the IVC finals:

According to the Deutsche Oper, she also grew up in Berlin, and joined the ensemble in 1972, making her debut there in 1973. Among the more than 40 documented live recordings in performances with the Deutsche Oper, the earliest one dates back to 1979, featuring her as Magd in Janacek’s Jenufa. Other roles she performed there were Wowkle in La fanciulla del West, Mary in Der fliegende Holländer, Magd in Elektra, Alisa in Lucia di Lammermoor (a.o. others in a performance with Cristina Deutekom), Annina in Der Rosenkavalier, Schwertleite in Die Walküre, Desdemona in Otello (among them a 1986 Otello with Plácido Domingo and Ilona Tokody), Marthe in Faust (a.o. with Nelly Miricioiu as Marguérite), Kartenfrau in Arabella, Brigitte in Die tote Stadt, Allwissende Muschel in Die Aegyptische Helena, Stimme aus der Höhe in Parsifal, Lola in Cavalleria rusticana, Filpyevna in Evegni Onegin, Mutter in Les contes d’Hoffman, Gertrude in Hans Heiling, Frau in Massenet’s Thérèse, Gertrud in Leoncavalo’s Der Roland von Berlin, Duenna Manuela in Wolf’s Der Corregidor, and Dryad in Ariadne auf Naxos. The impact of Borris as a singer/actor can easily be grasped from her commanding 1e Magd in the Deutsche Grammophon video/dvd edition of Richard Strauss' Elektra, 1981, under Karl Böhm, which is sampled here in the following video excerpt:

One might label these comprimario parts, but Borris was far from a comprimario singer, as were Hans Wilbrink or Willy Caron in the great theatres where they were engaged. Most of the repertoire above had little to do for mezzos, and the great Rossini and baroque revival arrived too late to Berlin for her to benefit from it. Her 1e Norn in Götterdämmerung is secure. Her Cieca in La Gioconda (a.o. with Franco Bonisolli and later IVC winner Marina Slatinaru) was both thrilling, and treasured in Berlin, judging from the following Opera Notes review by Birgit Pop:

‘Kaja Borris could not have achieved a more touching performance of La Gioconda’s blind mother, La Cieca. She must have studied blind people very closely, in order to portray La Cieca so wholly convincing. She had previously also convinced the audience in other mezzo and alto parts, such as Tatjana’s Nurse in Evgeni Onegin. In La Gioconda she raised the stakes and impressed both with her performance and with her clear, differentiated, sensitive, well-phrased singing. With these eapons, she stole the limelight away from the other two divas.’

Borris was also a commanding Quickly in Falstaff, and an imaginative Ulrica in Un ballo in maschera 1983. Worth mentioning is also her Anna Matthes in Weil’s Die Burgschaft, in addition to which she she also appeared in oratorio, most notably as Eloa in a 1987 performance of Lortzing’s Die Himmelfahrt Christi, in the Philharmonie Berlin. There is also a filmed staging of Reimann’s Gespenstersonate, at the stage of the Deutsche Oper. Among her many solo appearances, we mention some with the Berliner Philharmoniker. On February 10, 1979 she appeared with them in Felix Mendelssohn Bartholdy’s Elias. On April 24, 1983, she appeared with the Berliner in Brahms’ ‘Altrhapsodie,' conducted by Hans Hilsdorf. On March 8, 1986, she was their mezzo in Alexander Skriabin’s ‘Symphonie Nr. 1,’ conducted by Riccardo Muti. Regarding her impact on stage, a collector once marked her Erda, in a 1988 Siegfried with the Deutsche Oper ensemble, as 'sensational.'

Of a 1987 solo Song Recital in the Deutsche Opera with songs by Schubert, Mussorgski Debussy and Bartok we provide a sample here:

Text: RS
Acknowledgements: 401DutchDivas thanks the Deutsche Oper Berlin and Rudi van den Bulck for their help in making this article.

In addition to the 40+ live recordings that exist with Borris, she participated in a good number of historic CD releases, such as the Von Karajan Fliegende Holländer (with later IVC winner and Jury member Dunja Vejzovic), some releases in the Entartete Musik series by Decca, Schmidt’s Notre Dame, and so on. 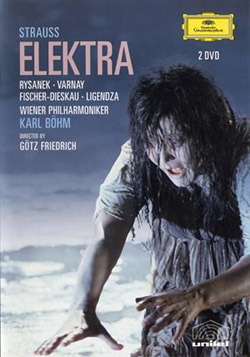 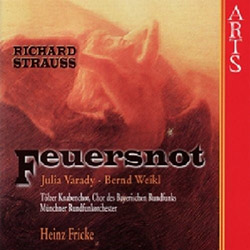 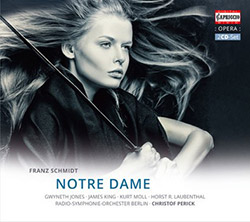 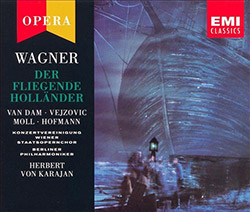 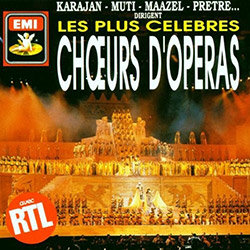 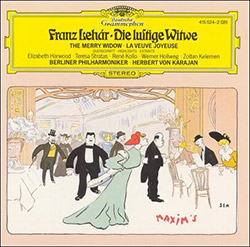 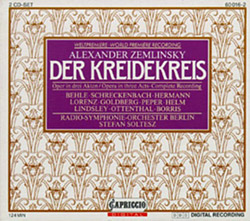 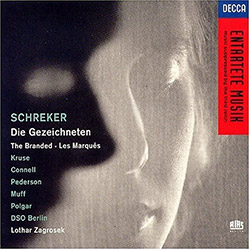 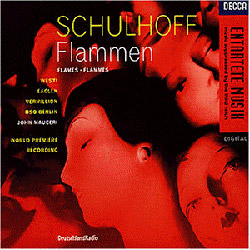