Contralto Ursula Boese (July 22, 1933, Hamburg, Germany) studied at the Hamburg Musikhochschule. While still studying, she first appeared in concert in 1955, the year prior to her IVC debut. She did so with success in, among others, Bach's Weihnachtsoratorium, which was recorded.

With Boese we have yet another example of a talent that had already begun her career, as is testified by her 1955 MMS recording of Bach's Weihnachtsoratorium. Her honorary medal at the IVC acknowledged her potential, although in hindsight her spectacular career would of course have merited a real prize. Her IVC semi final showpiece in September 1956 was Fricka's scene from Das Rheingold. At the time, most members of the press agreed with the jury's verdict that her impressive and very promising voice was still in need of a finishing touch. That she soon found a solution to any then existing vocal limitations is clear from her spectacular rise to fame immediately afterwards. The following audio sample shows her in that very Rheingold scene, exactly 3 years later, but now as a coming diva at the Royal Opera House Covent Garden: 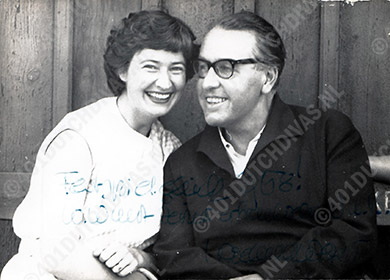 For those not familiar with Ursula Boese, we refer to the at least 30 broadcast recordings that are easily available with her. Post the IVC medal she made a swift rise to contralto fame in Germany, culminating in her 1958 debut at the Bayreuth Festival as Floßhilde in Der Ring des Nibelungen. The 1958-1959 season also saw her Bayreuth appearance as Knappen in Parsifal, and as Roßweiße in Die Walküre. Further performance in Bayreuth included Floßhilde (1962), 2nd Norn (1959 and 1965), and Fricka and as Grimgerde in Der Ring des Nibelungen (1965), and as the alto solo in Parsifal (1959 and 1962).

In 1959 she was heard in Covent Garden as Fricka in Das Rheingold and Die Walküre, and Waltraute in Götterdämmerung. In this Nibelungenring she had the world's leading Wagner singers at her side, Ramon Vinay, Wolfgang Windgassen, Astrid Varnay, Hans Hotter and local favorite Amy Shuard. 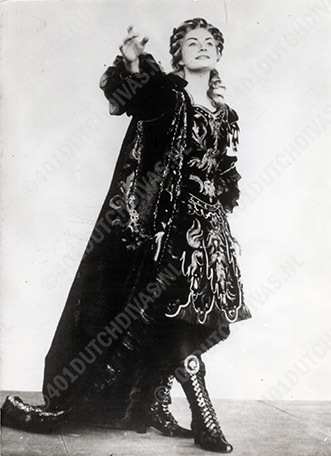 In 1960 Boese performed in Mahler's Symphony Nr. 8 in Vienna, and she became a member at Hamburg State Opera. She appeared there in 1969 in the world premieres of the Alexander Goehr's Arden muß sterben (1967), Menotti's children opera Help! Help! The Globolinks (1968), and Penderecki's Die Teufelvon Loudun (1969). 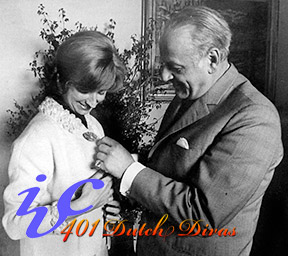 She sang in Hamburg all the main contralto parts in, among others, Arabella, Giulio Cesare (with Joan Sutherland), Menotti's Help! Help! The Globolinks, Jenufa, Glinka's Ruslan und Ludmilla, Lortzing's Zar und Zimmermann, Die Meistersinger von Nurnberg, Elektra, La traviata, Der fliegende Holländer, to name just the parts that were broadcast and therefore exist in (pirate) recordings. In addition she was Geneviève in Debussy's Pelléas et Mélisande, Orpheus in Gluck's Orpheus und Euridike, and many, many other parts.

Boese made guest appearances at Covent Garden, La Scala, The Rome Opera, Teatro Colón in Buenos Aires, the Vienna State Opera and the Grand Opéra in Paris. She sang at the Festivals of Wiesbaden and Edinburgh and at the Holland Festival. Further landmarks in her career were guest performances with the Hamburg State Opera at the Metropolitan Opera New York (1966).

in 1968 in she appeared in San Francisco in a performance of Stravinsky's Oedipus Rex in presence of the composer, in 1982 at the Festival of Schwetzingen in the premiere of the opera Die wundersame Schustersfrau by Udo Zimmermann. She was also valued as a concert singer, particularly renowned for her Bach interpretations.

Boese's recordings include the major contralto parts in Bach's Weinachtsoratorium (MMS), Kienzl's Der Evangeliemann (DGG), Richard Strauss's operas Salome (DGG), Berg's Lulu (DGG), Mendelssohn's Midsommernachtstraum (DGG), Beethoven's 'Ninth Symphony,' Penderecki's Die Teufel von Loudlun (Philips), Wagner's Parsifal (Philips). Perhaps not popular but certainly 'historic' is her participation in the notorious Maurizio Kagel première of Staatstheater, a nihilistic protest opera that shocked the establishment. There is also an ultra rare recital LP with her song repertoire, while she can be seen on DVD in, among others, her Hamburg performances of Help! Help! The Globolinks, Zar und Zimmermann, and Die Meistersinger.