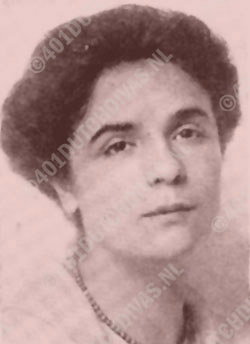 Meta Reidel, born in Amsterdam on December 10th, 1881, sang in the 'Toonkunstkoor' (Musical Society) in Amsterdam and belonged in that way to the immiadiate pupils of Willem Mengelberg. On his advice she received also singing-lessons with pedagogue Betsy Bonger. She had already appeared in some concerts as soloist, when her great chance arrived. By the suddenly illness of the alto-soloist Pauline de Haan-Manifarges at the famous performance in 1904 of Mahler's 3th symphony under the baton of Mahler himself, she was allowed to take that place. It became a great success. Afterwards she appeared - also in Germany - a.o. in works of Mahler and in Bach's Matthews Passion.