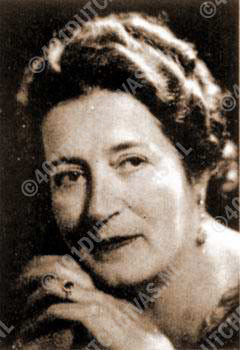 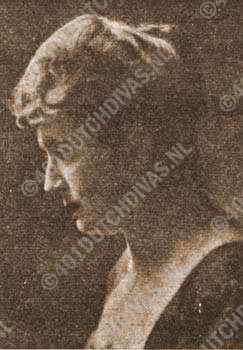 Suzanna Christina Maria (Suze) Luger was born on July 17, 1889 in Nijmegen. Her father was the owner of a music school, her grandfather a pianist and her brother a well known cello player. At first Suze played the violin and took her certificate for violin at the Koninklijke Nederlandsche Toonkunstenaars Vereeniging in The Hague in 1907. After that she studied singing, first with Hendrik C. van Ooort, next four years with Berthe Seroen and finally with Aaltje Noordewier-Reddingius who taught her singing oratorio. Initial she wanted to be an opera singer, but in those days, in Holland as well as abroad, it was very difficult to find employ as opera singer, so she decided to focus at concert singing and teaching.

Her first official performance as a singer was with a Lieder recital in Amsterdam in 1919, soon followed by many other concerts. She has been known for about twenty years as one of the first concert singers of the country. She was part of a quartet, the "Hollandsch Vocaal Kwartet" (Holland Vocal Quartet) together with soprano Jo Vincent, tenor Louis van Tulder and baritone Willem Ravelli. Suze had a wide range of oratorio repertory, she also appeared in Lieder evenings which gives evidence of a very special musical intelligence. She sang in the world premiere of the opera Halewijn (Willem Pijper) on June 13, 1933 at the Stadsschouwburg in Amsterdam. In Verdi's Requiem and Mahler's 'Das Lied von der Erde' she was also very successful and she appears regularly on stage abroad, a.o. in Germany, Belgium, France and Switzerland.

After this career she specialized to singing-lessons. She joined the Nieuwe Muziekschool in Utrecht as teacher solo-singing and as teacher at the conservatory of Rotterdam and Maastricht.