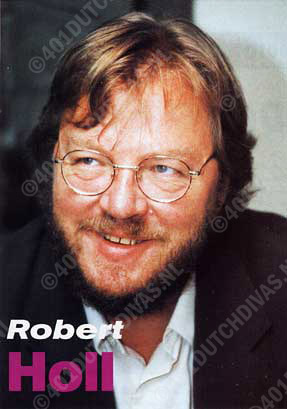 From 1973 to 1975, he was a member of the Bavarian State Opera in Münich. Robert Holl received the honorary title of Kammersänger from the city of Vienna in 1990.

Robert Holl made his debut with the Chicago Symphony Orchestra at the special concert in Grant Park on September 21, 1991, in the last movement of Beethovens Ninth Symphony conducted by Daniel Barenboim.

Robert Holl appears as soloist with the major orchestras, and has worked with many outstanding conductors, including Claudio Abbado, Carlo Maria Giulini, Bernard Haitink, Nikolaus Harnoncourt, Wolfgang Sawallisch, Sir Neville Marriner, and Riccardo Chailly, among others. In January 1999, he sang Schuberts Winterreise in Chicago with Daniel Barenboim at the piano. Last season, he sang Beethoven Symphony No. 9 with the Chicago Symphony Orchestra.

As a frequent guest artist at music festivals, Holl has appeared at the Vienna Festival, Mozart Week Salzburg, Salzburg Festspiele, Berliner Festwochen, Flanders Festival, Prague Spring, Schubertiade Hohenems, and Settimane Musicale di Stresa. In addition, he has participated in the Festival of Tours in France and the Russian Winter Festival. Robert Holl also has sung Hans Sachs in Die Meistersinger von Nürnberg conducted by Daniel Barenboim at the Bayreuth Festival and Amfortas in Parsifal with Franz Welser-Möst in Zürich.

Holl frequently collaborates with other musicians, including Peter Schreier for performances of Bach oratorios, and his wife, soprano Ellen van Lier, in Hugo Wolfs Italian Songbook.