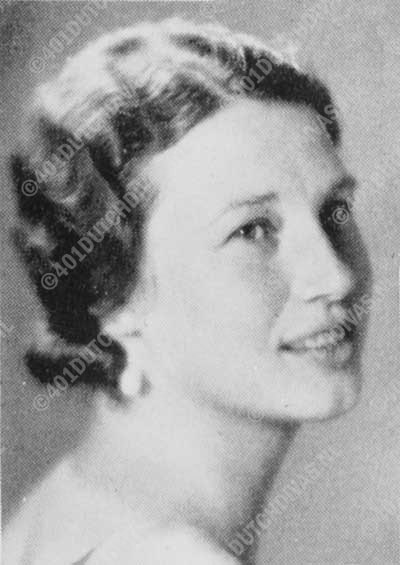 Roos Klara Huisman-Boelsma was born in The Hague on April 9, 1909. Later she moved to Utrecht and studied for teacher at the Rijkskweekschool (National Training-College for Teachers). She was advised by the well known bass-baritone Jacques Ph. Caro, singing-teacher at her school, to study singing at the Utrechts Conservatorium. First she worked as a teacher for several years at different schools. But 21-years old and working as a teacher, Roos Boelsma already appeared in the oratorio Jephta (Händel) together with established professional singers as Jo Vincent, Louis van Tulder and Willem Ravelli. In her free time she continued singing-lessons with Willem Ravelli and music theory with Willem van Otterloo, later she also took singing lessons with Bodi Rapp.

Encouraged by the successes of her first concerts Roos said farewell to school teaching. Her real debut as professional singer took place in 1934 at Vlissingen as alto-soloist in an oratorio performance. She appeared in oratorio and concertos within the country and abroad under conductors as Willem Mengelberg, Otto Klemperer, Eduard van Beinum, Willem van Otterloo (her former teacher), Anton van der Horst, Carl Schuricht and Euchen Jochum. Roos Boelsma was mainly known for her participation in oratorio , but she also appeared in Lieder-concerts. She performed Lieder of Mahler with Felix de Nobel and sang in the first performance in the Netherlands of "A child of our time" (Tippett) in 1954. She participated, together with a.o Ans Stroink, Jo van de Meent and Annie Hermes of 'Felix de Nobel's Kamerkoor' (Chamber Choir). On January 17, 1959 Roos Boelsma still appeared with the Concertgebouworchestra under Bernard Haitink in Joseph Haydn's Harmony-mass. Together with Elly Ameling (her first appearance with this orchestra), Tom Brand (tenor) and Hans Wilbrink (bass).

Roos Boelsma died, past Saturday, 22 January 2006 at the age of 96 in her hometown Amersfoort.