Sunday afternoon, in the early fifties, at our home always sounded the beginning tune of an opera program. The name of the program I have forgotten, but it started with the "Gypsy-chorus" from Verdi's "Il Trovatore".

My father sometimes hummed:... here is the a -ve -ro, the a -ve -ro, and so on. So I assumed, it must have been an AVRO program (a Dutch equivalent of the BBC). But I was wrong - it was a Flemish-Belgian radio program 'Opera and Belcanto' - produced by Etienne van Neste and presented by Jeanne Sneyers. From that time on my interest for opera was born. As a little fellow of twelve years old I already started to visit the opera in The Hague and a performance of Carmen, with in the title role the Dutch mezzo-soprano Cora Canne-Meijer, made a deep impression on me.

I also very well remember my first acquaintance with Maria Callas. Of course it was not a live performance, but a radio broadcast of Bellini's "Norma". It must have been the studio recording of 1954 with Ebe Stignani as Adalgisa and Mario Filippeschi as Pollione. So beautiful, so moving as she performed the duet "in mio mano, alfin tu sei" together with tenor Mario Filippeschi! And don't forget the both great duets with Adalgisa (Ebe Stignani). My father already possessed a tape recorder, a Philips box model, and that is the first performance - a summary of highlights from Norma - that I taped. My tapes, to tell them apart from those of my father, were marked with my name "Joop", and I still have them. For the first time, I realised that opera singing is not only the creation of beautiful sounds, but the expression of human emotions, for which a voice does not always have to sound beautiful, even more, at times has to sound ugly (notice Lady Macbeth!). I heard such a use of voice for the first time from Maria Callas. 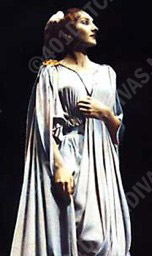 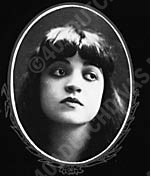 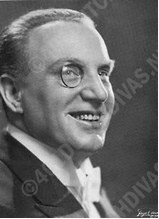 My passion for opera stays, and has extended to other forms of classical music. At present for example I even enjoy very much the kind of Baroque music as composed by J.S.Bach, especially the cantatas; in my opinion there are real gems among them. In my country - The Netherlands - there is a chain of pharmacy retailers, "Het Kruidvat", which sells a - very good and cheap - Bach Edition (155 CD's) from the label "Brilliant Classics": less than a pound for one CD! By the way, I'm not a shareholder...

Unfortunately, searching at the Internet did not provide me with much information about Dutch male or female singers. Hence, I decided that something had to be done about it and I started with creating my site "Dutch Divas". A site, started in the beginning with a quartet of singers: Aafje Heynis, Gré Brouwenstijn, Elly Ameling and Jo Vincent, but at this moment the site is already enlarged to more than 200 singers and a few Dutch conductors. Additionally, as you already have noticed in my homepage, there is given attention to a number of my favourite singers from abroad. I hope you will enjoy it!