Baritone Geert Smits (*1965) was born in Helden, Limburg in the south of the Netherlands. He studied at the Tilburg and Amsterdam conservatories, graduating 1990/1993. Among his principal teachers were Bernard Kruysen and Margreet Honig. In 1997 he was awarded the prestigious Nederlandse Muziekprijs which enabled him to continue his studies with Robert Holl, Walter Berry, Dietrich Fischer-Dieskau, Elio Battaglia (Italy) and Mikael Eliasen (USA). With his accompanist Hans Eijsackers he received the 1992 silver Vriendenkrans of the Amsterdam Concertgebouw. The following year brought him a prize at the London Walther Gruner Song Competition. He was a laureate at the 1994 Christina Deutekom Competition and reached the final round of the 1995 Placido Domingo Contest. In 1997 he was awarded the Vienna and Hamburg State Opera Prize at the Belvédère Contest, Vienna.

In 1995 Smits and Eijsackers were discovered at the Bad-Kissingen Festival when they were asked to take over a song recital at the last minute. Their debut recital at the Amsterdam Concertgebouw took place in January 1997. Geert Smits is also familiar with the oratorio repertoire. 1996 and 1997 he toured with the Nederlandse Bachvereniging (J.S. Bach's Passione with CD and TV recordings), and sang The Seasons in the 1996 Melbourne Festival with the Australian Chamber Orchestra conducted by Julian Reynolds. In opera he sang Valentin {Faust, Cologne), the Count in Le Nozze di Figaro (Lyon), Oberon and Leonore (conducted by John Eliot Gardiner) (Salzburg, 1996), and Silvio in Pagliacci (France). He is a regular guest at the Nederlandse Opera at the Concertgebouw matinée. With the Nederlandse Opera he sang in 'L'Orfeo' and in 'Tosca' and he was to hear in concert performances of a.o. 'Lodoiska' (Luigi Cherubini) and as Alfonso in 'La Favorita' (Donizetti).

The 1998-1989 season brought him a Vienna State Opera contract. He made his debut with them as Harlekin in Ariadne auf Naxos. He sang roles as Ottokar in Der Freischütz, Heerrufer in Lohengrin, Don Fernando in Fidelio, Count Almaviva in Le nozze di Figaro, Moralès in Carmen, Silvio in I Pagliacci, Sharpless in Madama Butterfly, Donner in Das Rheingold, Faninal in Der Rosenkavalier and the Einäugigen in the premier of Die Frau ohne Schatten (December 1999).
Further he was to hear as Melot in Tristan und Isolde (re-performance in October 2000), Donald in Billy Budd (in the premier of February 2001), Master en Cardinal by Lothringen in Palestrina, as well as priest and Sprecher in Die Zauberflöte. In May 2002 he also sang the role of Wolfram von Eschenbach in Tannhäuser.

This season (2004/05) he sings a.o. the Holländer in Wagner's Der fliegende Holländer with Opera Zuid and Donner in Das Rheingold - also by Wagner - with the Nederlandse Opera. 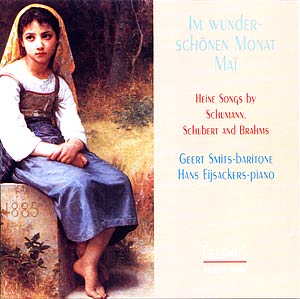