Mahler was delighted with Mengelberg's invitation to conduct again in Amsterdam in November 1904. It would also provide an opportunity for the two to 'reconfirm and fortify' their still young friendship, as he later wrote. However, he wished to come in October instead since he was planning to conduct his Fifth Symphony in Cologne in the middle of that month and he was not pleased with the prospect of making the long journey twice in such a short period of time. Mengelberg agreed and reserved three dates for the composer: 23, 26 and 27 October. 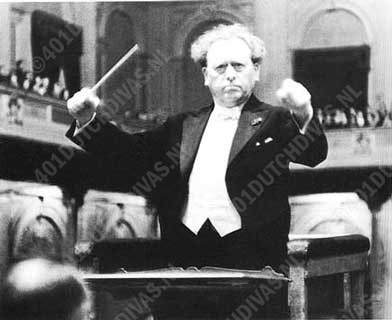 Since Mahler had written that he was to conduct the Fifth Symphony in Cologne, Mengelberg may have considered adding this work to the programme in Amsterdam. As July drew to a close, Mahler wrote listing the approximate durations of the three symphonies: he estimated the Fourth to be forty-five minutes, the Fifth approximately an hour and fifteen minutes, and the Second, an hour and a half. As late as the end of September or beginning of October, Mengelberg informed Mahler that he had decided to programme the Second and Fourth Symphonies, the works that all along had been specifically referred to. In the middle of October, Mahler sent Mengelberg a score of the Fourth with corrections entered in red ink or pencil that were to be copied into the orchestral parts.
"Before his arrival I would practice his works with the orchestra, and after, attend as many of his rehearsals as possible, making note of his comments and explanations, which often penetrated to the deepest core of the music", Mengelberg recounted in 1921. His personal copy of the Fourth (and Fifth) Symphony is a more than adequate testament to his diligence in making note of Mahler's ideas. 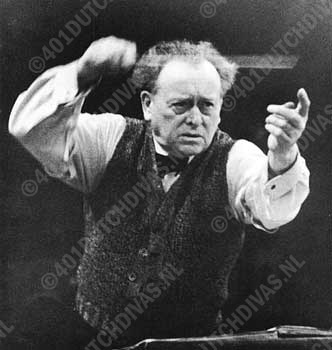 Mahler let it be known that he wished to conduct only his own music, as he had done in 1903. The rest of the concert was to be led by Mengelberg, who should choose works the orchestra was very familiar with so that Mahler need not give up rehearsal time and could devote each rehearsal to his own compositions. In a letter to Alma, the composer gave an account of the preparations in the days preceding the concerts: "Life here goes on whirlwind of rehearsals. Everything is splendidly prepared and as time passes I believe that I have become here something of a musical island kingdom." So thorough was Mengelberg in his preparation of the orchestra that Mahler even permitted himself to cancel one rehearsal so that he could visit the Frans Hals Museum in Haarlem. Mahler conducted the Fourth Symphony on 23 October. It was the only composition on the programme that evening and was repeated in its entirety once again under his baton, after the intermission. He wrote Alma: "Behold Sunday's programme: 1. Fourth Symphony by G. Mahler, intermission, 2. Fourth Symphony by G. Mahler. What do you think of that?! They simply placed my piece twice on the programme. After the intermission it starts all over again from the very beginning! I am very curious whether the audience will be warmer to it the second time. This, I think, is the very thing for a new composition. -The orchestra plays the Fourth, which I rehearsed today, with delightful purity." Looking back on it, Mengelberg referred to the double performance as a "daring experiment". As Mahler had requested that Mengelberg conduct the second half of the programme, it must certainly have been on Mengelberg's initiative that the Fourth Symphony was performed twice in the same concert.

Mahler's concerts in Amsterdam were a huge success: the musicians were well-prepared, the composer himself considered it "a perfectly exemplary performance", and the reviews of his music were very positive. They were "days wonderfully passed" in Amsterdam, as he later wrote Mengelberg. The city had "become a second musical Heimath", repeating the phrase he used after his first visit. And perhaps most importantly, he was deeply impressed by Mengelberg's ability to become wholly one with his music.
"I am so grateful to you for your fresh and energetic initiative, your deeply sympathetic interpretation and penetrating understanding of my work these are the kinds of things, of which we occasionally spoke in amiable symposium with each other, that one feels deeply but is unable to offer sufficient thanks for. And so I take, in mind, your hand, my friend, and beg you that you preserve for me from afar these feelings, that are all the more valuable for being so rare, all the
more admirable because solely from them springs this living art, whose enthusiastic adept I recognize you to be". When Mengelberg conducted the Fourth Symphony on 15 and 16 February 1905, however, the public reaction was rather cool. 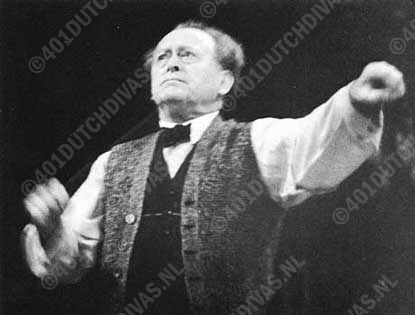 In the summer of 1905, Mengelberg visited a music festival in Dresden and spent considerable time there in the company of conductor and composer Max Schillings (1868-1933). They went together to Graz, where, at another music festival (attended by Strauss and Mahler as well), a composition by Schillings was to be performed. They then travelled to Vienna, where Mengelberg introduced Schillings to Mahler. In Vienna, Mengelberg passed several days in the company of Mahler. "Opera each evening, superb, heavenly dined yesterday at Mahler's with Schillings, also heavenly", Mengelberg wrote his wife. Mahler gallantly added to a postcard Mengelberg sent her: "with the sincerest sorrow that I may not greet you together with your husband". Two days later Mengelberg wrote: "I am writing from Mahler's office. He's been wonderfully kind and gracious with me. We go out together each day - he always invites me. His wife is with the children in Tirol, his house has been closed for the time being, and he is staying with his parents-in-law. Yesterday I dined there with Schillings." Mahler, in turn, wrote Alma:
"Mengelberg is still here! Schillings and I have become good friends. I have come to feel quite close to him. Mamma is very fond of him and Mengelberg.